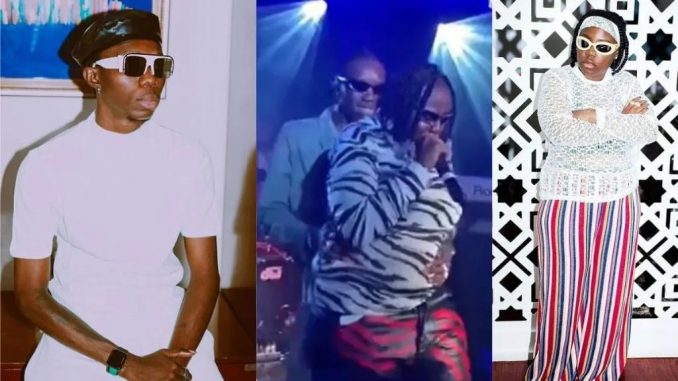 A video has surfaced online that reveals the moment popular Nigerian rapper, Emeka Akumefule better known as Blaqbonez rocks his colleague, Teni on stage at his concert in UK and by extension sparked a lot of reactions. 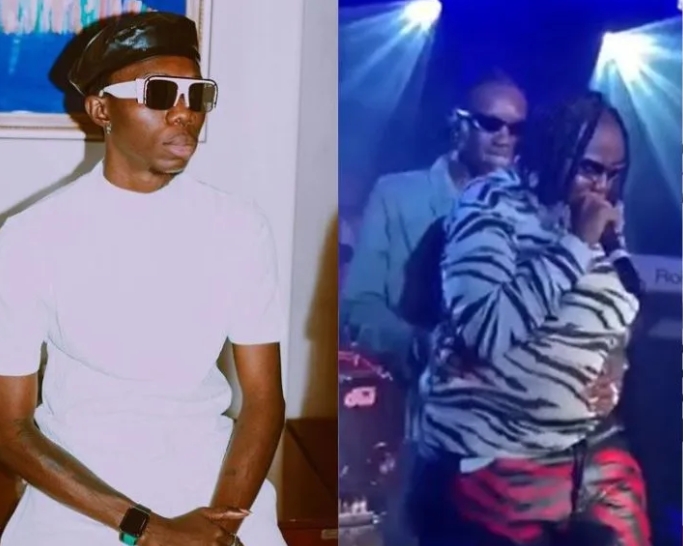 However, a video making the rounds online shows the moment Blaqbonez and Teni performed together on stage as the show off their dancing skills.

The duo while on stage danced as lovers as Teni continued to perform her hit song “Billionaire” and that was just the beginning.

Blaqbonez took it one step higher by going behind Teni, wrap his arms around her and they both swayed side to side for a moment.